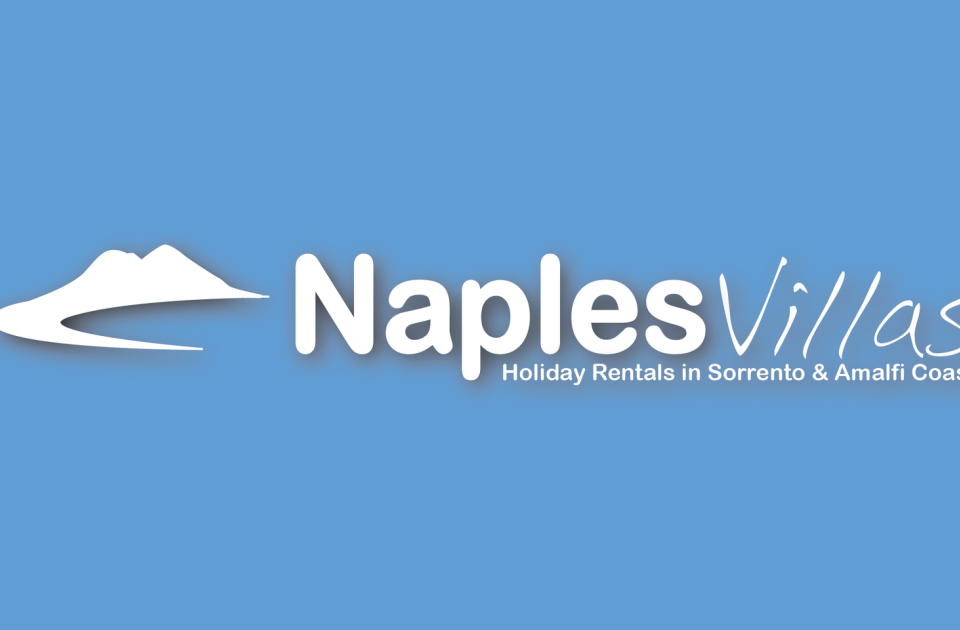 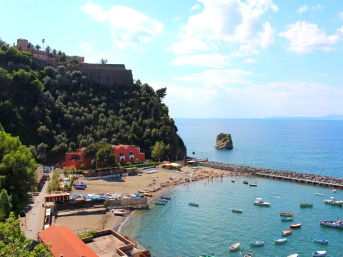 Vico Equense, Italy is in!
Vico Equense is quite short on beaches, actually. What it offers instead are little alcoves and outcrops, often pebbled, where the determined sunbather can park their towel and relish the quiet enjoyment of Mount Vesuvius in the distance. That’s part of the charm really. The other part is the stunning food scene. Gourmands can choose from the two Michelin-starred Torre del Saracino (which has a small stretch of pebbles in front of it, pictured above), or a humble pizza a metro, where – yes you guessed it – slices are sold by the metre. In fact, you can find a whole array of pizzas here – it is home to an annual three-day pizza festival after all. QX
Source: Independent

PLACES OF THE SOUL

There are places where time passes more slowly. Yeah, don't you think that time has a precise and immutable duration? The writer Luciano De Crescenzo said that time is a convention and depending on the place, but above all on the people and the emotions experienced, you can perceive a different conception of time. When I go to the Conocchia, time doesn't exist for me.

What is Conocchia? It is one of the highest peaks of the Lattari Mountains. With its 1,380 (and something) meters above sea level, it acts as a sentinel guarding the village of Moiano. If you want to admire its majesty more closely, just go to the splendid Santa Maria del Castello. There you will feel small and small and lifting your eyes, with due respect, you will feel like you are being embraced by a great Mother. Looking down, towards the sea, from a point that all Moiano people know as "mmond e punte" the end of the peaks, you will find that at the foot of this giant lies the pearl of the Amalfi Coast such as Positano.

I have asked myself many times: << How it is possible that the town of Positano is so famous in the world and the mountain above, it's not? >>.

There are also many local people who do not know what the Conocchia is or where it is. Many of my fellow villagers know it but have never visited it up to the top. 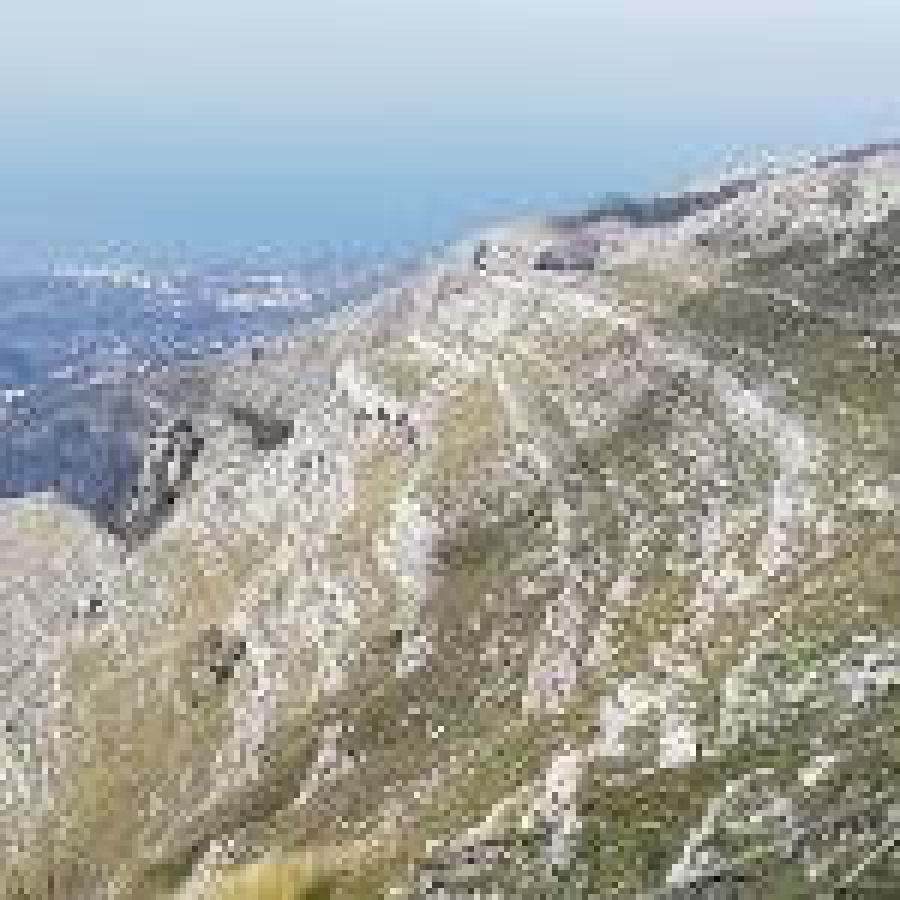 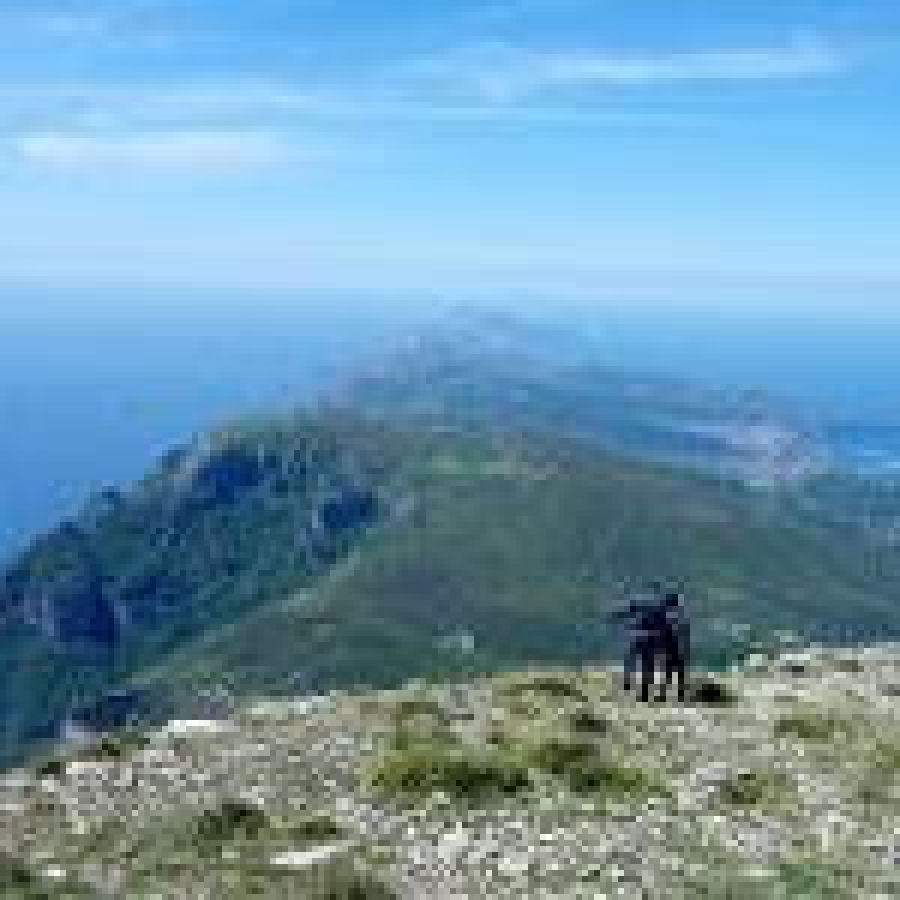 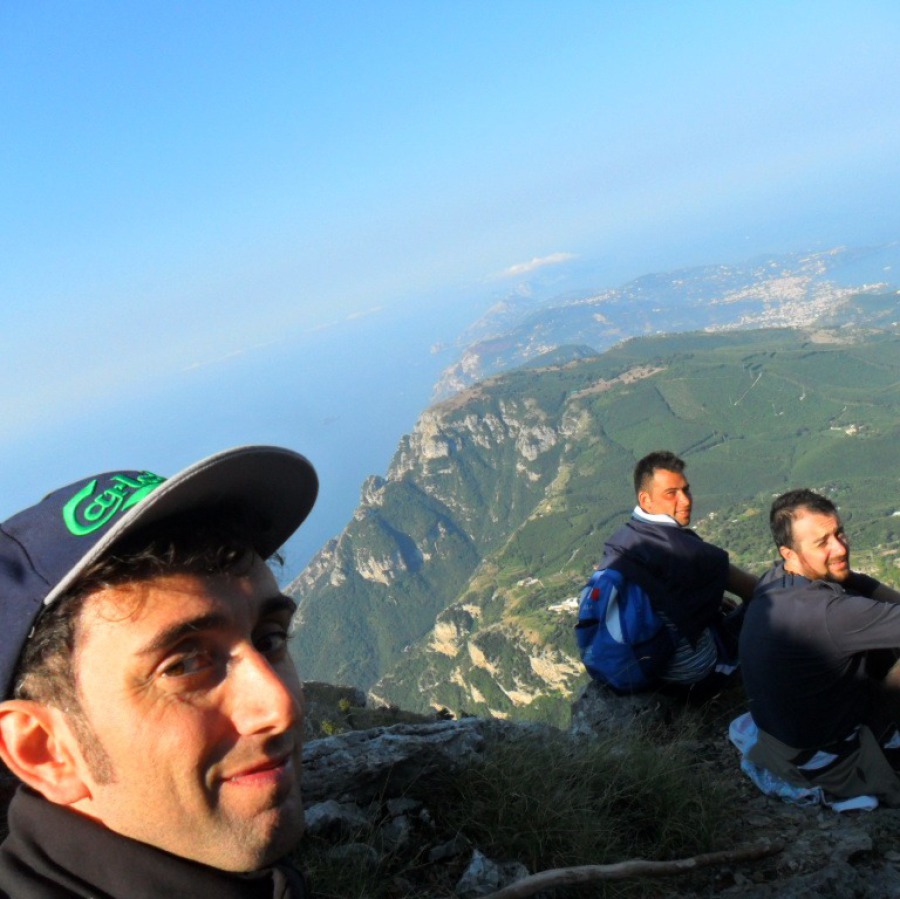 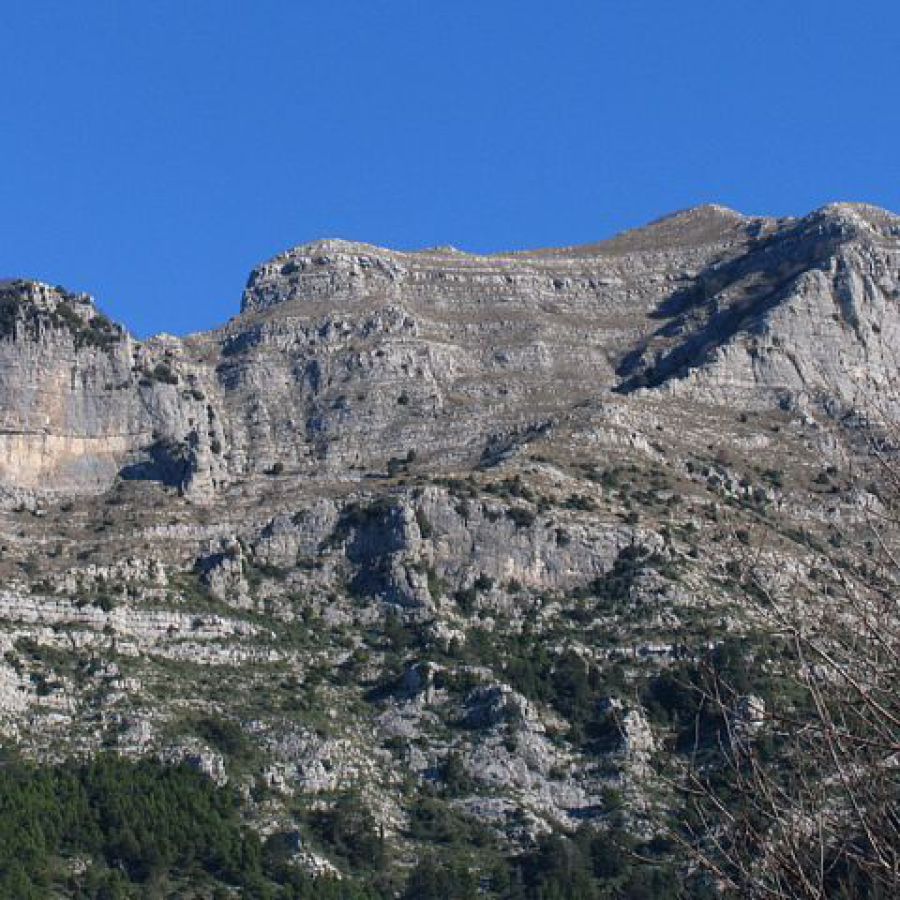 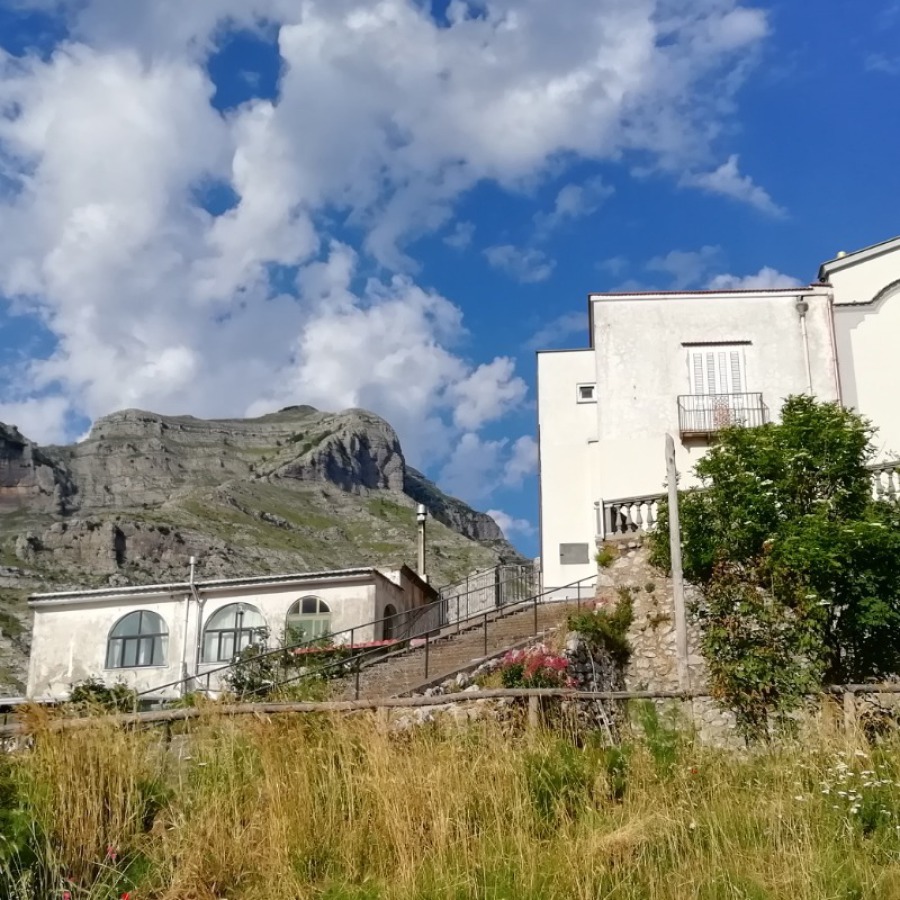 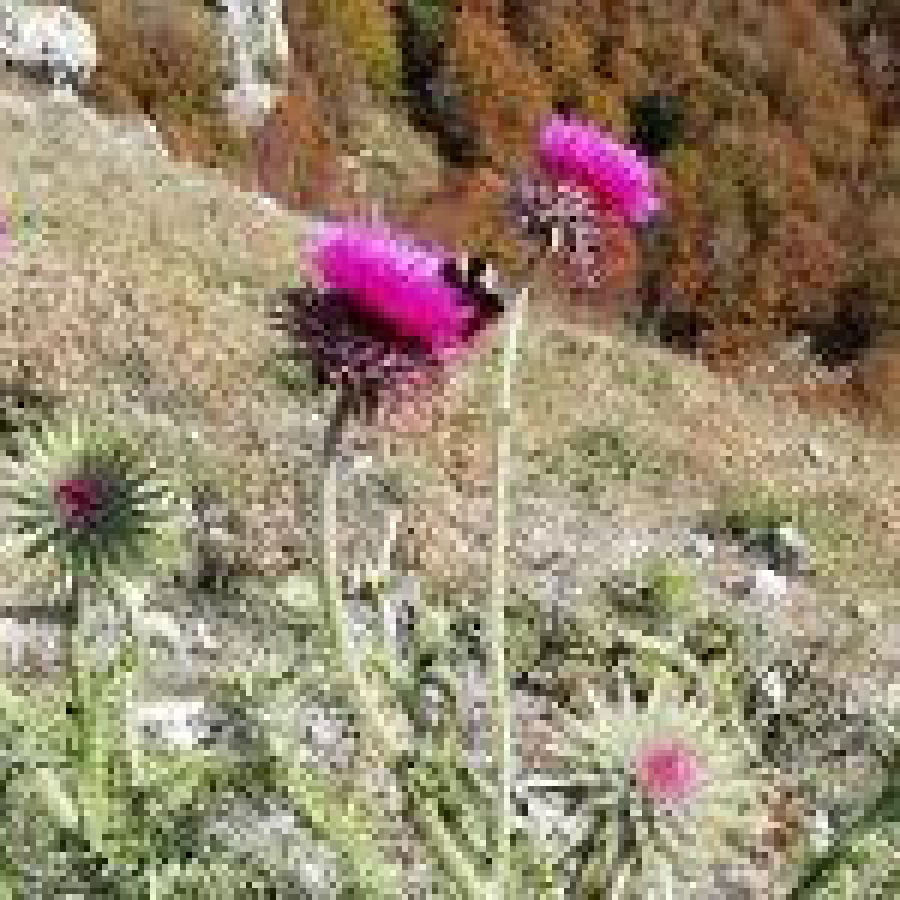 In addition, Conocchia is yet a majestic landmark, it is also a sort of weather forecast station for the local "Moianese". In fact, when bad weather is looming, there are still those who say (mindful of the wise teachings of grandparents): "Pe chiovere adda tronà rint' a Conocchia" or If it thundery nearby the mountain of Conocchia, the rain will come. Exceptional isn't it?

A visceral bond between man and nature that in our little village of Moiano is still strong and vigorous. Dear fellow villagers, be aware of this and feel lucky compared to those who, living in the city, is surrounded by concrete. If you've never climbed it, do it and be sure that whichever side you choose to climb, you'll enjoy the fantastic scenery.

At the top of the mountain, you will find the famous Conocchia's Cross, also known as: "Croce do’ Tre ore iuorn" or the cross of three hours daylight, which was erected in memory of the nickname of the man who placed it in the 1960s / 1970s. That gentleman was called Francesco Celentano and he was my great-grandfather. There are many stories about my uncles and in particular about my father who often went with him up in the mountain starting on foot all the way from Cognulo (a small settlement located in the village of Moiano).

"Francisc o’ Tre ore iuorn" or Francis of three hours daylight, was a small man but with great faith. During the approximately 4 hours of walking, which is necessary to get to the destination, he used to stop only once to say a few prayers and never turned back.

Conocchia's Cross, for the record, was originally positioned facing the square of Moiano village. A few decades later, due to bad weather, the cross fell down. The locals repositioned the cross and put it back on its feet as a goodwill gesture, by facing it towards the Amalfi Coast.

In 2014, full of enthusiasm, my friends Mimmo, Valerio and I, decided to give Conocchia's Cross a new light by repainting it. It was an unusual day in late May, cloudy skies, fog and a few drops of rain that fell from time to time. The decision was now made and we did not lose heart. Between brushstrokes, we exchanged a few words with a couple of foreigners who had reached the top with sandals and shorts. A surreal scene though. When the work was completed, our hearts and souls were full of joy: We had lunch with “marenna” or sandwich with a bottle of local wine to celebrate the job was done.

Passion for the surroundings, popular traditions, friendship and emotion in the memory of those who had put that cross up. Certainly, to all those foreigners looked at us from up there being happy for the restoration completed, had merged into a mix of emotions.

In the blink of an eye, the fog and clouds clear and the 360-degree breathtaking views were stunning. The "Molar" behind (another mountain), the Gulf of Salerno, the Amalfi and Sorrento Coast, the Islands, the Gulf of Naples, Vesuvius and many other colors and smells that can be experienced only by going up there to Conocchia.

Up there, on the Conocchia, where time does not exist ...

The most beautiful spot on earth is here. 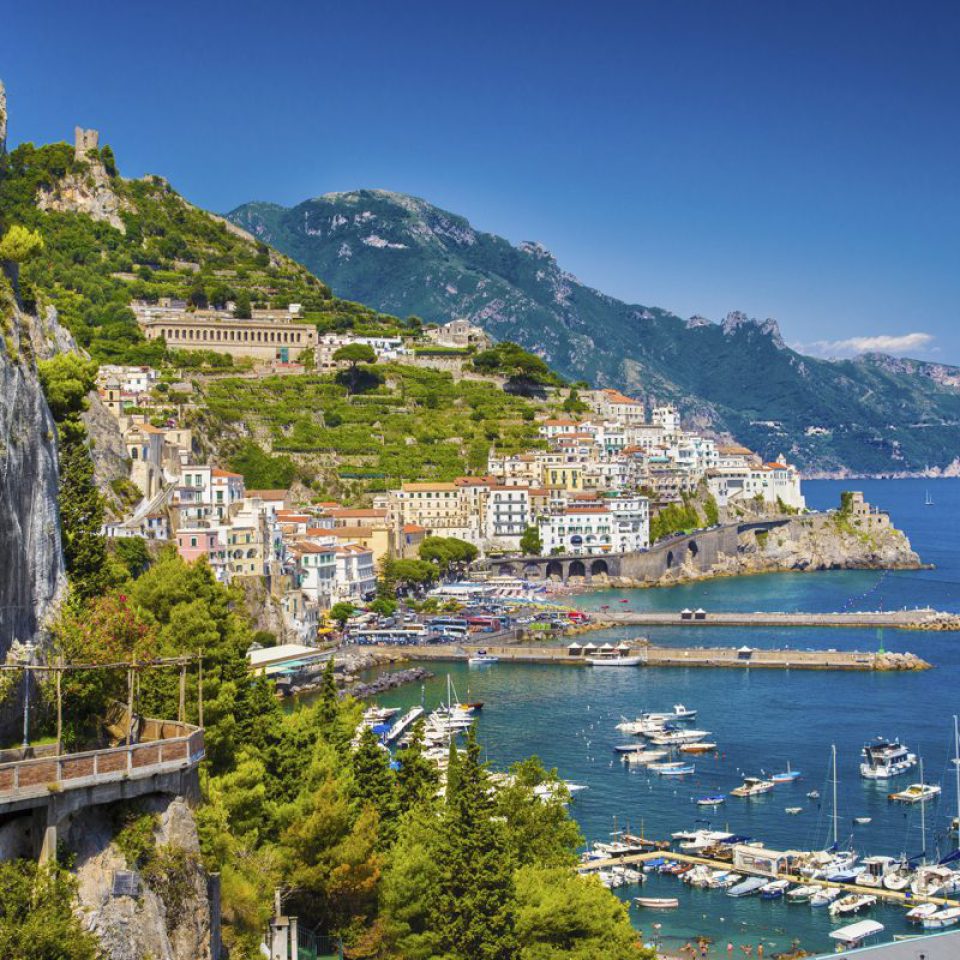 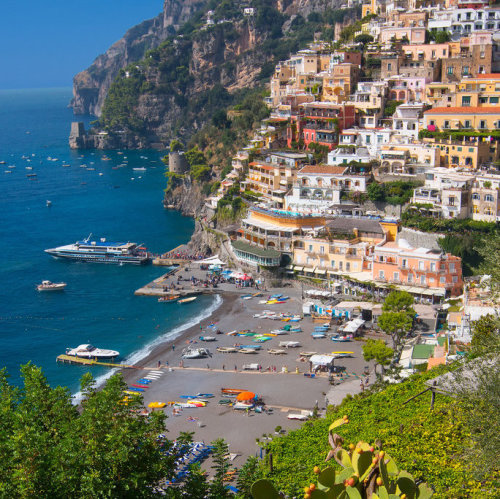 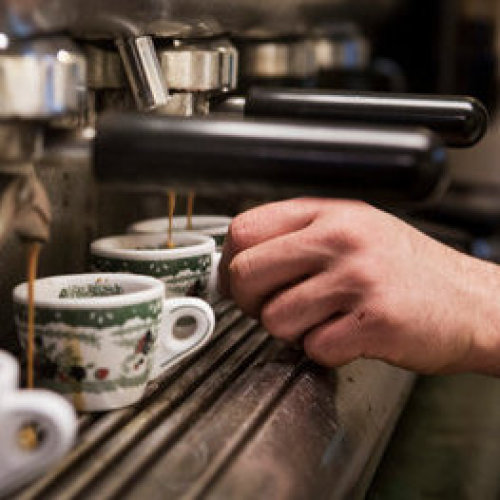 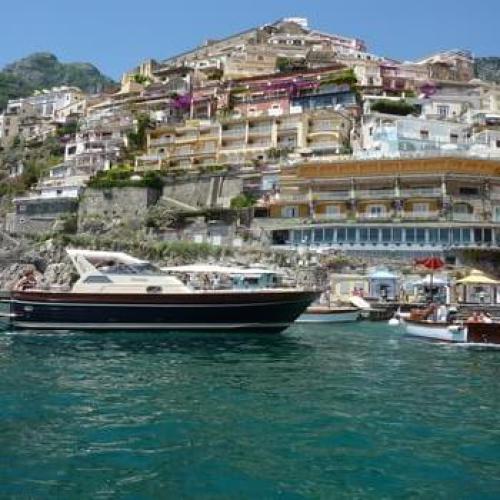 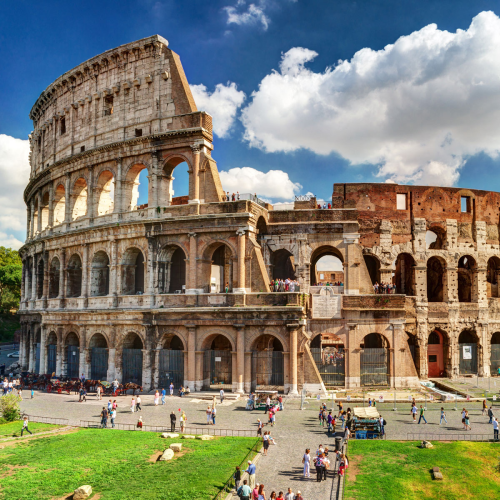 Why You Need to Travel to the Amalfi Coast Now 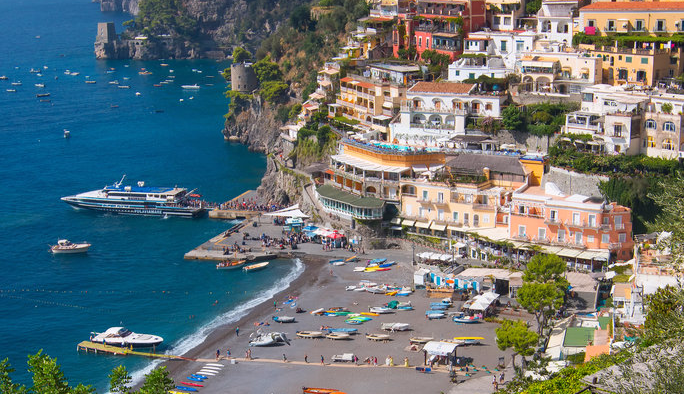 BY: SYDNEY MONDRY
Haven’t planned that well-deserved summer vacay yet? Not to worry! We tapped Pavia Rosati, co-founder of popular travel site Fathom, for her take on this summer’s go-to vacation destination. Her response? The Amalfi Coast, a picturesque coastline situated in Southern Italy.

“There’s nothing new about the Amalfi Coast,” says Rosati, “but it’s the nicest place to be. The weather is perfect, the people are nice, the food is amazing, and the setting is just gorgeous.” It’s no wonder that celebrities like Beyoncé, Reese Witherspoon, and Lauren Conrad have all spent time in the stunning location.

Instead of staying in the heart of well-known hubs like Positano or Sorrento, which Rosati says can get quite crowded during the summer months, she suggests opting for smaller boutique hotels on the outskirts of town, like La Minervetta: “Think: pretty ceramic tiles, bright, saturated colors, and high design,” says Rosati. “Casa Angelina is also exquisite. Really, really beautiful.”

In addition to scoring some R&R on the outrageously turquoise sea, Rosati advises visitors to “have a really lovely cultural day.” A local train will take you right to the striking ruins of Herculaneum, situated near the base of Mount Vesuvius.

For a proper Italian meal, Rosati swears by Lo Scoglio, a favorite eatery of notables like Steven Spielberg and Diane von Furstenberg. “It’s a family-run, mellow, unpretentious, down-to-earth place,” she explains. “But because it has all these incredible qualities and is situated right on the water, it’s a super glamorous spot.”

So what is it about the Amalfi Coast that makes it such a hot spot, year after year? “Summertime is when people just want a sure thing, they want to be surrounded by fun energy, they want to be surrounded by other people who are in it to be relaxed and easy,” says Rosati. “Summertime is, ‘I want to shut down, I want another bottle of rosé before noon, and a bowl of spaghetti. And then another bottle of rosé.'” 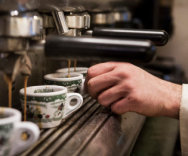 In Naples, Gift of Coffee to Strangers Never Seen
By GAIA PIANIGIANI

One azure morning in December, Laura Cozzolino arrived at her corner cafe in central Naples and ordered her usual: a dense espresso, which arrived steaming hot on the dark marble counter.

She lingered over the aroma, then knocked it back in two quick sips. But instead of paying for one coffee, she paid for two, leaving the receipt for the other — a caffè sospeso, or suspended coffee — with the bartender for a stranger to enjoy.

“It’s a simple, anonymous act of generosity,” said Ms. Cozzolino, 37, an employee of a medical device company. “As a Neapolitan who tries to restrict herself to four coffees a day, I understand that coffee is important. It’s a small treat that no one should miss.”

The suspended coffee is a Neapolitan tradition that boomed during World War II and has found a revival in recent years during hard economic times. 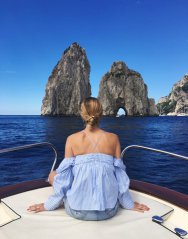 Between advantageous views of the Mediterranean coastline and the comely actor Gerard Butler hanging poolside at her hotel in Positano, it would seem Pernille Teisbaek’s recent trip to the Amalfi Coast with her boyfriend was well worth writing home about. Road-tripping through Ravello, Sorrento, and finally landing in Capri, the Danish stylist explored the area’s secluded villas and lush gardens in between sips of—what else?—rosé and bites of homemade pasta from a restaurant neighbouring Sophia Loren’s former villa. And just like the Italian bombshell, Teisbaek leisurely sunbathed against rockbound cliffs and later wrapped herself up in a white robe, kicking up her Miu Miu heels. Because, despite the vacation vibes and warm climes, the street style maven hardly abandoned fashion, dressing up in J.W.Anderson for tours of the rock-cluster Faraglioni and in Gucci bombers for walks around the local square in Capri (naturally). After all, as she explained, the island possesses an Old Hollywood to feel that deserves an equally glamorous wardrobe.

We are located at:

If you have any queries or wish to make an appointment, please contact us: